The microbiome and disease

You are probably already familiar with how outside pathogens invade the human body and cause disease. However, the human microbiome as an entire community is known to be player in many human disease states. Many studies have focused on observing how the microbial communities of healthy and diseased individuals differ and how the microbiome fluctuates over the course of a disease so that a "disease microbiome" can be established for different complex conditions. A few are described here. 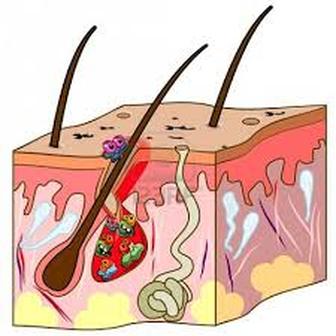 Skin diseases
An alteration in the healthy skin microbiome is known to be associated with the development of psoriasis. Chronic ulcers that effect the elderly, diabetic, and bedridden people are caused by microbes that are found normally on the surface of the skin becoming pathogenic once they breach the skin barrier. 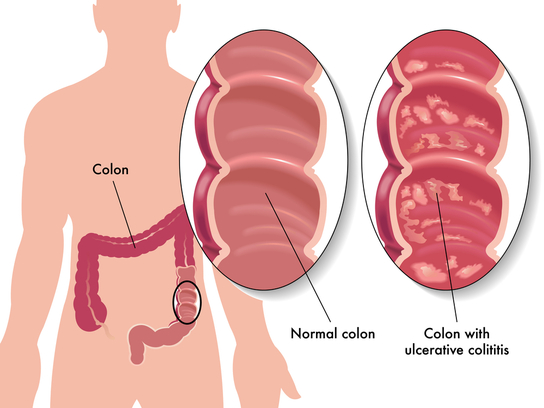 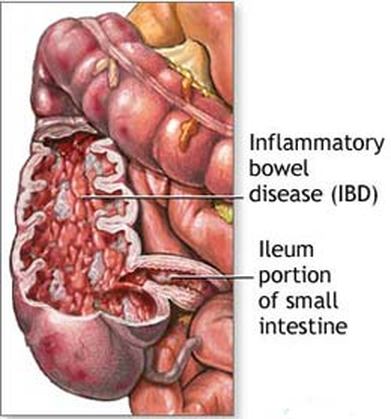 Inflammatory bowel disease (IBD)
Inflammatory bowel disease (IBD) is the chronic inflammation of all or part of a person's GI tract. IBD primarily includes ulcerative colitis and Crohn's disease. Both of these conditions are painful and debilitating and can even be life-threatening. It is thought that the root of IBD is the interaction between the GI tract microbiota and the human immune system. Patients with IBD have significantly decreased microbial diversity. 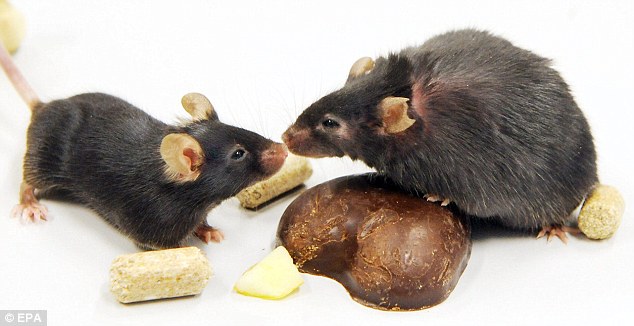 Obesity
Studies on obese mice have shown that they have a gut microbe community that is significantly different from that of mice of a normal weight. When the microbes from the guts of obese mice were transferred to the guts of microbe-free mice, the mice that received the transfer became obese. Although identical studies cannot be carried out on humans, research has shown a similar alteration in the gut microbiome of obese individuals. In humans, obesity is associated with decreased microbial diversity. Additionally, the bacteria that are often find in the obese gut microbiome often have genes for fat and carbohydrate metabolism that are not as often found in the gut microbes of leaner people.

Selective pressures on the gut microbiota early in a person's life may determine is they develop a microbiome that is commonly associated with obesity. Antibiotics effect not only bad bacteria but also a person's normal, healthy microbiota. Antibiotic use in infants younger than 6 months of ages is associated with the development of obesity in childhood. 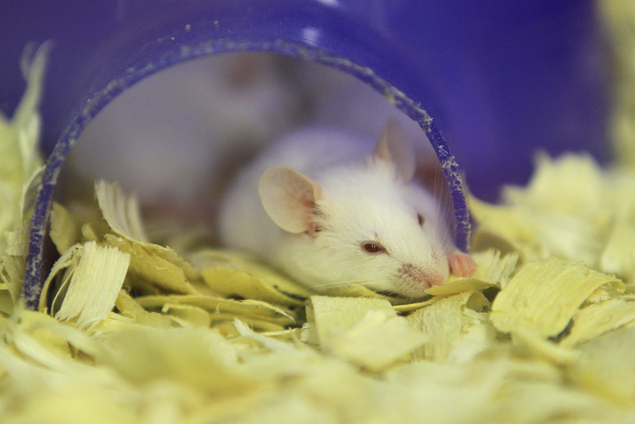 Anxiety and Depression
It is well established that stress influences your microbiota. However, scientists are also beginning to see that your microbiota also effects your mental health. Studies have suggested that the gut microbiota are capable directly effecting the central nervous system (your brain and spinal cord) through the activation of stress signaling pathways. Several studies have shown that microbe-free mice show decreased anxiety-like behavior in comparison to normal mice which suggests a role for the microbiome in triggering anxiety in mice (and possibly humans). A few studies have also suggested that probiotics (which contain Lactobacillus species) have an antidepressive effect on humans.
Other possible associations
This was only a sampling of disease states that are associated with an altered microbiome. In the figure below are listed many more examples of diseases. 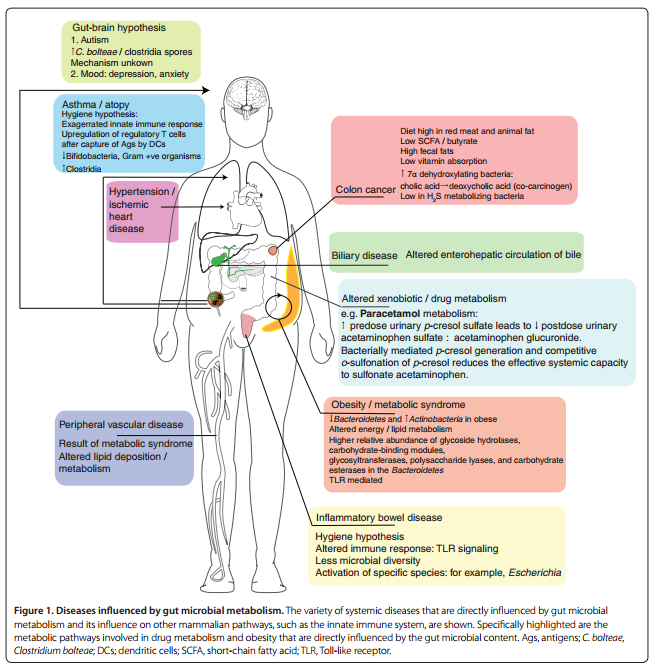 http://www.biomedcentral.com/content/pdf/gm228.pdf
Module 4 Questions:
1.How do scientists figure out if disease development is triggered by the microbiome?
2.What are some ways that doctors could treat diseases that are known to be associated with an unhealthy human microbiome?
Next: The microbiome and drug metabolism
Sources
The Human Microbiome: at the interface of health and disease
The skin microbiome
Gut–brain axis: how the microbiome inﬂuences anxiety and depression